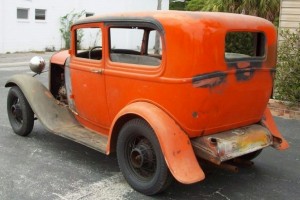 Well, after posting several barn/farm/shed finds of others / friends…I finally got mine.

About 2 years ago I was making some sales calls in an industrial area here in Daytona, going building to building on foot – I stopped in one particular building, and while talking to the owner, I noticed the top rear corner of a Ford sedan roof line…about a foot square of the rear corner of the roof was all that was visible…it had tons of stuff stacked in front of it. I took a picture that day with my cell phone, but I cannot seem to find that picture today. I asked “Is that a Model A sedan back there?” and she responded with, “no, that is ‘32 Ford”. I was so excited about it in that instant, I had to collect my thoughts and figure out how I was going to get my hands on that car!

The lady that owned the building said that they have given the car to their son on his sixteenth birthday – 25 years ago! This son was now 40…but she said she would find out if he wanted to sell it. I stopped by that building every few months since that day, just visiting with the people, and seeing if they would like to sell the Tudor. “We are going to dig it out one of these days, and we’ll let you know” was the same answer.

Well, back in January, I got the call. They had gotten in uncovered, were ready to sell it – “come take a look and make us an offer” I went, I looked, and made what I felt was a VERY fair offer on the car.

After a few months, I got word through the local hot rod grapevine that several people had been told about the car…looked at it…and offered more that me – I figured I was out, and went about my way.

Then last week, the car turned up on ebay – huh I thought – So I calmly entered a bid matching what I offered them for the car in person. Well, this morning I noticed that the auction had been ended early?? I decided to drive over the warehouse to check on the deal and see what was up. About half way there, the lady called me on the phone, and said if I wanted the car at the price I offered, then I should come and get it!

It seems like they saw the car wasn’t going to bring a lot more than my offer, so they just pulled the auction and decided to sell it to me. The lady said to me several times today when loading it up, “the car is going to the right place Tim, I can see how excited you are to get it” she even wanted a picture of the car with her, me, the son(owner) and his brother….interesting story…I promised them all it wouldn’t end up lavender with power windows….laff

They had owned the car since ‘59…bought it in Indy, brought it to FL in ‘69…and it had been in storage in that building since ‘74!! They pulled it out in the mid-80’s to have it restored (at none other than Smokey Yunick’s place here in Daytona) but a disagreement over money caused the restoration project to get put on hold, and the Tudor came back to the warehouse.

My brother’s shop is about 500′ down the street so we dollied it over to his place – within a few hours we had the 59A idling like a sewing machine, and if I had a couple of ‘40 front brake hoses, we would have been driving it around this afternoon! I am going to put it back together as its, I’ve already put a set of wires off my ‘32 P/U on it…and am planning to take it to Billetproof next weekend….I need to get my new roadster together for Father’s Day in LA…and my P/U…then I’ll blow this thing apart and make it right…

The car is super clean, the only rust is in the front lower quarters…about the size of a quarter…fenders are dent and crack free, hydraulic brakes, ‘39 pedals, 59A and late 3spd box….awesome. I’ll post some pics later with it cleaned up, the fenders bolted back up and the wires on it….I played with it all day…I love these things

As I always say in these posts about finding these cars in weird places…keep looking…they are out there! 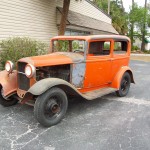 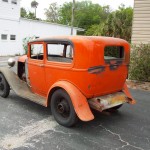 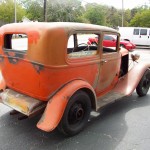 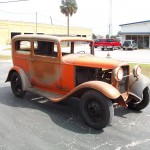 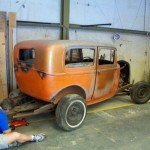 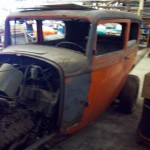 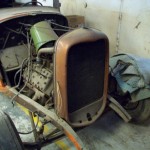 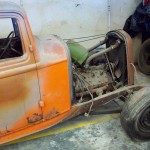 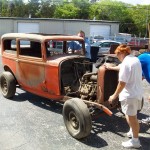 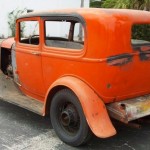