So next week I’ll be flying out to LA – attending the famous LA Roadster show. This is a Father’s Day tradition that every hot rodder should attend at least once. The first time I attended was in 1999, I took my father with me, as a gift. I was 21, he was 59 and had never been to California. He was a car enthusiast his whole life and that trip was really special for both of us.

I was planning to fly out on Wednesday the 11th, but I am currently trying to move my flight up to Friday or Saturday so I can attend a Radio Control car National Championship in Beaumont CA. 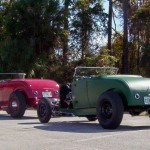 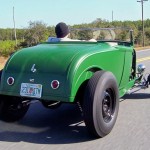 I be updating the blog daily  – we should have an interesting time – both during the day at the shops and show – and you can all count on some great play by play of the night life from the sports bar next to the Shiloh Inn in Diamond Bar…….haha. Also, the Lakers will be playing 2 NBA Finals games while we are there, so I definately plan to take in at least one of those games from the Staples Center…….