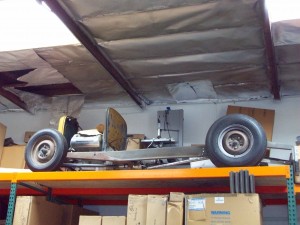 Well, today was the first day in SoCal for the LA Roadster Show – I flew in Friday night, but as mentioned attended the ROAR 1/8 scale Buggy Nationals in Beumont CA over the weekend – it was great to see everyone out at the race, including Gil Losi, longtime member of the Over the Hill Gang, and owner of the steel yellow Boydster II, among other notable cars. The “St. Louis crew” had an interesting night out in Banning CA on Friday, with the night wrapping up with me spraining my left ankle leaving a local watering hole. It was a great time. Along with the race, Beumont was celebrating their annual Cherry Festival. I was unable to attend personally, but I met a nice girl, Vanessa, and she was so kind to pick me a small bag of cherries from her own backyard crop and bring them to me the next day. I would not say I am a big cherry fan, but these were really sweet – home grown, hand picked with no pesticides…. you can’t buy them like this folks…

I hitched a ride back to the Ontario airport with the JConcepts R/C race team, where Max Brodgon and Bob VanHorn awaited to pick me up. I piled all my gear into the truck and away we went. First thing on the agenda – Bob wanted to go surfing at the legendary San Onofre St. Park, so off we went to jump in the Pacific and kick the week off on a board. San Onofre – located just south of San Clemente & San Juan Capistrano, about 40 miles north of San Diego – the beach is famous for being one of the first surfing spots in SoCal with photographic evidence of surfing activity as early as 1930’s. Practically all surf culture that we know today was born on that stretch of sand. The surf today at 10am was 6 to 7′ and overhead. No surf like that in Florida. The most amazing feature of this beach is that the entire shore of this beach is covered with rock, even down into the water – as you wade out, you are walking on the rocks until you can paddle out on your board or swim off – very unusual. The rocks are the most beautiful assortment of colored stones I have ever seen. For some strange reason I have collected rocks and stones from significant events in my life since I was about 12. I figured this was a big deal, so I broke California State law, and swiped a bright purple near perfectly round stone for my collection.

From there, we rode up Pacific Coast Highway to Huntington Beach and had some lunch at the world famous Mama Avila’s El Ranchito. Opening in 1966 this is a great little Mexican restaurant, and a true American Dream story. With three of the signature “Cadillac Margaritas” down and a chicken chimmy later – it was time to hit up the Main St. surf shops in Huntington. Huntington Surf and Sport is one of the favorites of the strip along with Jack’s directly across the street – I did pick up a pair of Scott flops at Jack’s – you just can’t buy these flops in Florida…. Cali has the market covered a cute girls, hot rods and dialed flops.(I’m sure there are more things, but these just come to mind first; and in that order)

We made a few hot rod related stops while in Huntington Beach, first being Scandinavian Street Rods – Erik Hannson runs an incredible shop there, with 19 ‘32 Fords under construction in the shop today. So much to mention – they had the 100th ‘32 roadster they have assembled in house using Brookville components, as well as a fleet of new Brookville 3 windows under construction. Cool little Ardun powered Deuce chassis “on the shelf” also.

Second stop was a Chuck Lombardo’s California Street Rods. Chuck was not at the shop – he is currently out on Hot Rod magazine’s Power Tour. We spent a little time there, and checked out some cool things in the shop – the neatest of which was a little ‘33 roadster, with a full British flair – all Jaguar power & drive train, narrow wires with big Excelsior tires, awesome stance, and and incredible hand-formed brass side trim that looked as if Henry should have put side trim on the Model 40.

We wrapped up the evening by taking Max’s little green roadster out to Pomona to Bravo Burger for a quick dinner. This place is incredible. I ordered a grilled chicken sandwich, and the menu stated “comes with French Fries Onion Rings, Zucchini” I said, “I’ll take the Zucchini”, and the girl responded with a wry smile, “you get it all.” She was pretty cute, so as you can imagine I inserted a clever joke at that juncture, the exact nature of that comment will be left up to you all, but she has texted me twice since I started typing this at 11pm Pacific. At any rate – this place puts enough food out in front of you to feed 4 people and a 2 year old thoroughbred. Twice. 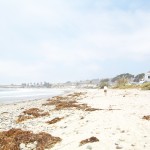 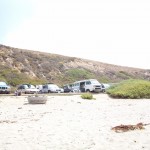 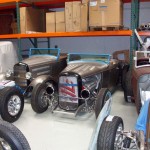